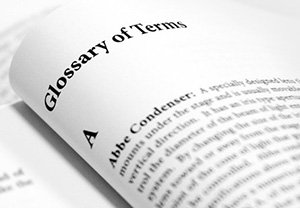 A mathematical calculation is used to compare the process variation to a specification.  Examples are Cp, Cpk.  Used to compare processes across businesses

Customer requirements for a process under study or in routine operation

The cost associated with providing poor quality products or services.  The cost of not producing first quality for the Customer the first time and every time

People process or equipment that receives products or services from you as a supplier. These may be internal of external customers

Any characteristic that deviates outside of customer requirements

A formal, proactive method for experimenting with Xs and Ys. It involves concepts such as factors, levels, center points, blocking, and replications

Vertical display of population distribution in terms of frequencies

The output variable, called “Y”.  Usually only one Y is studied at a time

A person who is an “expert” on Lean Six Sigma techniques and on project implementation.  Master Black Belts play a key  role in training and coaching of Black and Green Belts

(Inferential Statistics) Passive data collection method used to display the variation within parts,  machines, or processes between machines or process parts, and overtime

A continuous, symmetrical density function characterized by a bell-shaped curve

The method in which something is manufactured or serviced

is the individual who accompanies the project work and assists with the implementation of the solution. This individual owns the process and ensures improvements implemented are sustained and continuously improved

The range of values that a given process characteristic displays; this term most often applies to the range but may also include the variance.  The spread may be based on a set of data collected at a specific point in time or may reflect the variability across a given period of time 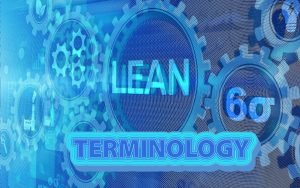 The individual terms that form part of the Lean Six Sigma terminology are not unique but as a collective, they are key to effectively employing 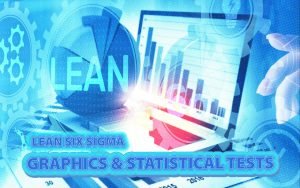 Improvement project replication across the organisation ensures quick adoption of a best practice in a short period of time. Change management is a continuous process

Project Selection We have written several articles on the important topic of selecting projects so will keep it brief in this article. Continuous Improvement is