The Value of Six Sigma in Business Today

The value of Six Sigma can be seen in all types and sizes of organizations.

“The big myth is that Six Sigma is about quality control and statistics. It is that –but it is a helluva lot more. Ultimately, it drives leadership to be better by providing tools to think through tough issues. ” – Jack Welsh, from his book Jack

Jack Welsh undeniably demonstrated the value that Six Sigma brought, and continues to bring, GE. In 1998 Six Sigma projects resulted in savings at GE of $750 million and $1.5 billion the following year. Welsh explained that at the core of Six Sigma is an idea that can turn a company inside out, focusing the organization outwards on the customer.

What Is Six Sigma?

Although Six Sigma started life as a quality improvement toolset it has evolved into a methodology that adds value to a business and all its stakeholders. Six Sigma is about value creation.

The value of Six Sigma can be defined and understood at three distinct levels: metric, methodology, and philosophy. It offers a powerful methodology, or rather a set of methodologies, that brings business improvement and innovation solutions to every level of the organization and across the organization. It is a methodology that is equally well suited to transactional and operational processes.

Six Sigma is a rigorous and disciplined methodology that uses data and statistical analysis to measure and improve a company’s operational performance by identifying and eliminating variability, defects and waste in processes.

Six Sigma is compiled of numerous tools and techniques that follow proven guidelines to ensure the correct causes of a challenge are identified and the best solutions developed and implemented.

The aim of the value of Six Sigma is to reach a state of near perfection. This state is commonly defined as 3.4 defects per million opportunities. It is this measure from which Six Sigma derives its name – three standard deviations (also known as sigma) on either side of the mean which equates to a success rate of no less than 99.73%.

Three methodologies are offered by Six Sigma. These include LEAN, DMAIC, and DFSS.

LEAN is based on the premise that anywhere work is being done, waste is being generated. The LEAN toolset helps manage a process to its optimal level, through a relentless focus on the identification and elimination of waste and promoting continuous flow.

DMAIC is the acronym derived from the process improvement phases. These are: – Define – Measure – Analyse – Improve – Control. DMAIC is the most commonly employed Six Sigma methodology and produces good results when employed to improve existing processes.

DFSS or Design for Six Sigma is used to further the innovation capabilities of a company. DFSS promotes close interaction between operations and commercial functions. DFSS begins with identifying opportunities, developing those opportunities into viable offerings, and on to successful commercialization thereof. The most commonly used DFSS methodology is DMADV derived from the methodology’s process steps Define – Measure – Analyze – Design – Verify.

Before deploying any one, or combination, of the above methodologies, opportunities for waste reduction, improvement, or innovation need to be identified and the opportunity quantified. This process in itself has a statistical base.

Once opportunities have been prioritized project charters are compiled and farmed out to Six Sigma trained experts called Black Belts, Green Belts, and even Yellow Belts for implementation. These experts gather a cross-functional team that is familiar with the process or situation being worked upon and facilitates the project through the various phases of the chosen methodology.

Philosophies and Principals of Six Sigma

Six Sigma was developed in the 1980s within Motorola by Dr. Mikel Harry and his team. It is a methodology that continues to evolve and produce success after success.

Apart from the strong change management and statistical foundation, Six Sigma is built upon a few core principles that ensure its longevity. These include:

There exists no doubt that Six Sigma delivers the most gains/benefits when deployed through an enterprise or an independent business unit. It alters the way business is done and promotes the use of a common language throughout the business.

In order to maximize the value of Six Sigma investment, several key success factors should be borne in mind. These include:

In its early life, Six Sigma was principally employed in the manufacturing and operational environment. As it proved its worth, those same organizations employed the methodology to improve or redesign the transactional processes. During the last decade, and particularly the last few years, it is startling to observe the rate at which the service industry is adopting Six Sigma and achieving tremendous results.

It was at the turn of the millennium that Six Sigma really began to get a foothold as local subsidiaries and multinationals started using it. There was certainly the odd view of early adopters that implemented before then. Today, most large organizations have implemented some form of Six Sigma or are seriously considering it. These businesses vary from mining to finance, automotive to IT, and many others.

The value of Six Sigma helps organizations compete in a global market that is becoming exponentially more competitive year after year, companies are desperately seeking ways of balancing profitable growth and cost, of optimizing resources while maximizing the right opportunities, and while delivering innovative offerings faster. Although Six Sigma is not a silver bullet, it most definitely offers a competitive advantage when employed correctly. 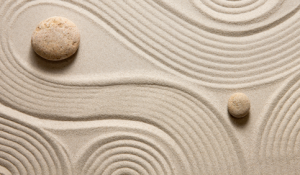 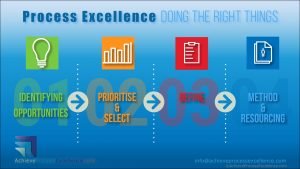 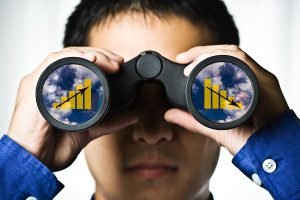 Increase your process productivity to go to the core of where a great many profit improvement opportunities lie in waiting for your to release it. 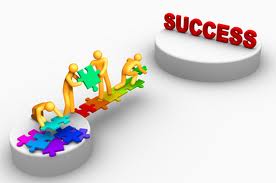 The 8 process excellence KSF (key success factors) in combination creates a holistic system that promotes excellence in process output. Several authors, many of them gurus

This article offers a basic overview of “how to innovate”. Follow on posts will provide deeper insights into this topic. A wise man once said 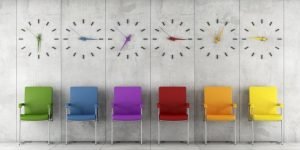 Improvement Project Cycle Time – Outdated Doctrine An outdated improvement project cycle time doctrine: “It works, but why does it seem that the lean six sigma project

Is Process Complexity An Excuse?